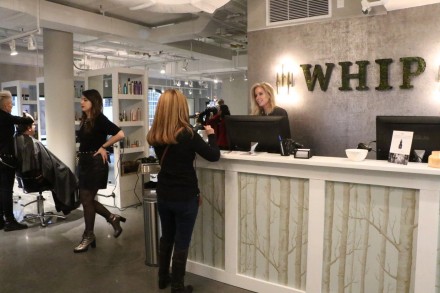 The Whip Salon, a hair salon and medi spa, opened today on the upper level of Bedford Square. “Our 10 operators were busy all day, from the moment we opened,” said Joanne Chapdelaine, head of operations (behind counter.) The new business has 18 stations, each with its own charging station, and free WiFi. Owner Amy Pal said: “The aim of Whip Salon is to create a hassle free, and high end experience for people on the go.” (CLICK TO ENLARGE) Dave Matlow for WestportNow.com 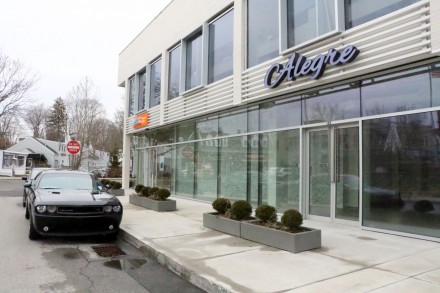 Alegre, a women’s apparel store at 180 Post Road East, has closed after less than two years in Westport. The store, which opened in April 2016 next to the AT&T store, was co-owned by Sheryl and Eli Blit who operate Havana Jeans in Stamford and Rye, New York. (CLICK TO ENLARGE) Dave Matlow for WestportNow.com

Gov. Dannel P. Malloy and Connecticut Department of Transportation (CTDOT) Commissioner James P. Redeker today released what was described as a “stunning set of findings” of a study on the impact of widening and improving both the western and eastern portions of Interstate 95 in Connecticut, and outlined the consequences of failing to act. 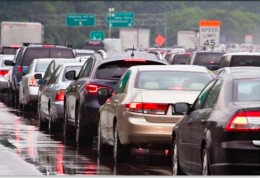 Currently, peak morning and evening congestion on the highway accounts for 54 million hours of delay and costs $1.2 billion in lost time annually, Malloy’s office said in a statement.

The study finds that limited, strategic widening will yield major benefits and can be constructed within existing CTDOT property.  The governor’s revenue proposal – which includes a seven-cent increase in the gas tax over four years and the implementation of electronic tolling – would allow for these investments to go forward, the statement said.

“Anyone who has traveled on I-95 during rush hour understands the urgency of addressing our congestion problems,” Malloy said. 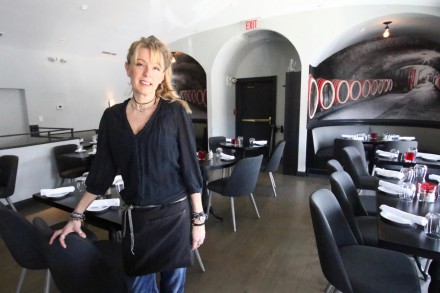 Boca Restaurant & Bar, 43 Main St., will close on Saturday night according to Assistant Manager Desiree Carbone (above). The eatery, located in the space formerly occupied by Acqua Ristorante Mediterraneo for 20 years, opened in September 2016 and is owned by East Norwalk resident Revison Bonfim. Carbone, employed at Boca since last summer, said, “The rent is high, the business fluctuates from season to season, and we needed to be able to carry it through the down times. We have so many loyal customers who enjoy our casual, upscale, friendly place—the warmth of our fireplace, the night views across the river, the menu. We’re sad to close.”  (CLICK TO ENLARGE) Dave Matlow for WestportNow.com

After failing for years to properly invest in highways, rail and bridges, the legislature should relinquish oversight to a transportation authority immune from the pressure of election-year politics, House Speaker Joe Aresimowicz said today.

But given that Aresimowicz also said pressures on state finances probably would continue to squeeze municipal aid, eliminating vehicle taxes probably would lead cities and towns to recoup the lost revenue through higher property taxes on households and businesses.

Both of the speaker’s proposals sparked criticisms from Republican lawmakers at the forum, decreasing the likelihood either would win passage during the 2018 General Assembly session.
egislatures and governors fearful of repercussions among voters. 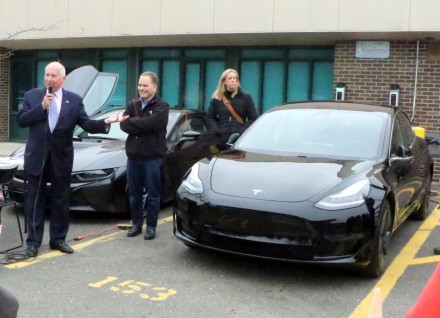 Westport’s Green Task Force and the Westport Electric Car Club (WECC) teamed up today at Staples High School to introduce the first Tesla 3 in Connecticut. Owned by Westport-based architect, Bruce Becker (c), a member of the WECC, he said there are only three Tesla 3 models in the state out of the estimated 3,600 that have so far come off the production line. First Selectman Jim Marpe (l) was among dignitaries attending the event. He said: “The town is proud to support EV ownership through its network of public EV charging stations.”
(CLICK TO ENLARGE) Dave Matlow for WestportNow.com 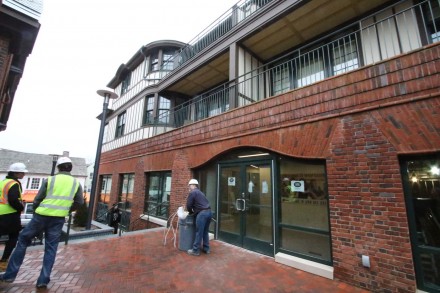 Barbour, formally J. Barbour & Sons Ltd., an English luxury fashion brand, is coming to Westport’s Bedford Square at 14 Elm St.. Founded by John Barbour in 1894, the company designs, manufactures and markets weatherproofed outerwear, ready-to-wear, leather goods, shoes and accessories for men, women and children under the Barbour brand.  According to real estate developer David Waldman, Barbour will occupy a 1,900-square feet space with its entrance on the Elm Street side with a view on Church Lane above Williams Sonoma, which will relocate from Main Street later this year. (CLICK TO ENLARGE) Dave Matlow for WestportNow.com 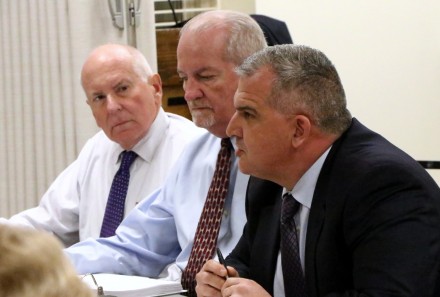 Washington – A massive budget agreement that aims to prevent a federal government shutdown at midnight contains a provision that would save Westport’s Newman’s Own from a thorny tax problem that threatens Paul Newman’s iconic food company.

“This is not a tax break for Newman’s Own. It is simply legislative permission for us to continue to exist, compete, innovate, create jobs, and pay our business taxes like any other company, while at the same time donating 100 percent of our profits to charity,” said Bob Forrester, president and CEO of the Newman’s Own Foundation.

All profits from the sale of Newman’s Own food products are given away though the Westport-based Newman’s Own Foundation, which has to date donated $512 million to charities helping veterans, children with cancer, low-income students and dozens of other causes.

But foundations are barred by a 1969 tax law from owning more than a small stake in private businesses to prevent wealthy people from using foundations as tax shelters. 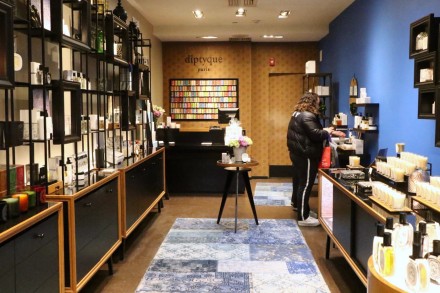 Diptyque, a Paris-based luxury perfumerie, at 47 Main St. will close on Sunday, Feb. 25, according to store employees.The store opened in Westport in November 2013. According to employees, the nearest Diptyque boutique is in New York, at Grand Central Terminal, and on Madison Avenue. They said its line of products continues to be offered at Saks and other fashion locations. (CLICK TO ENLARGE) Dave Matlow for WestportNow.com