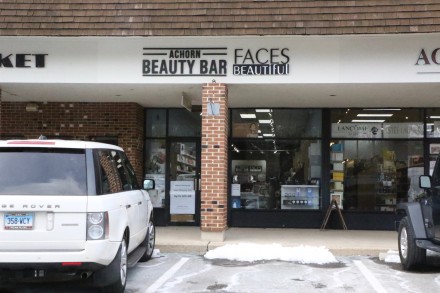 Faces Beautiful, 289 Post Road East in Playhouse Square, a facial services and skin care products salon, closes at the end of the month, according to owner Gail Sagel. For the past year and a half the salon shared space with Achorn Beauty Bar, adjacent to Achorn Pharmacy and Fine Cosmetics shop.  Sagel, who said treatment specialists Erica and Lorraine will be available at Salon de Matteo, 208 Post Road West, relocated to New York. (CLICK TO ENLARGE) Dave Matlow for WestportNow.com

The administration of Gov. Ned Lamont started Wednesday to fill in significant gaps in the Democratic governor’s expansive highway tolls proposal, a measure that instantly divided the legislature along partisan lines three weeks ago and became an early wedge issue in the 2020 elections.

At a news conference packed with invited supporters from the worlds of politics, labor and business, and then in a nearly three-hour presentation to the legislature’s Transportation Committee, the administration tried to regain the initiative in a debate dominated by opponents, a coalition of Republicans, trucking interests and a grassroots group, No Tolls CT.

“I think they helped frame the issue from an economic development standpoint, from a commuting standpoint and an infrastructure standpoint, and helped outline the serious deficiencies in our current system,” said Rep. Roland J. Lemar, D-New Haven, the committee’s co chair.

But Republicans on the committee were unpersuaded, as was Peter Sasser, the Stamford firefighter who founded the grassroots group, No Tolls CT. One in a long list of witnesses who lined up to object to tolling in a hearing that stretched well into the evening, Sasser made no effort to hide his anger in sharp exchanges with committee members.

He addressed the Board of Finance. 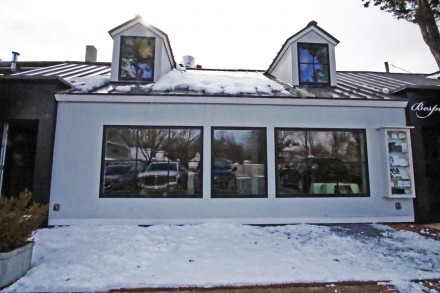 Sitting Pretty, a home decor store, will open in Sconset Square, off Myrtle Avenue . Former Westporter Laura Dot Stee said in a social media posting she is seeking staff and plans to open May 1. The space was previously occupied by DuPont Jewelers, which closed in November. (CLICK TO ENLARGE) Dave Matlow for WestportNow.com 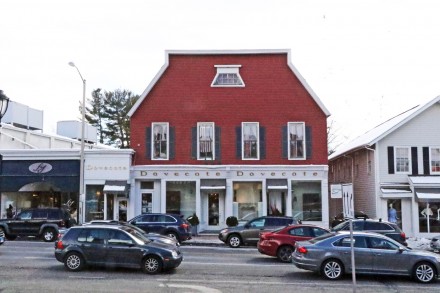 After 17 years, Dovecote, 56 Post Road East underneath Toquet Hall, is downsizing, according to owner Sarah Kaplan. In a social media post, she said the main driver was to be able to spend more time with her two sons. She said the main Dovecote store will close this month but Dovecote Jewelry “will remain open and will evolve into something new and exciting.” (CLICK TO ENLARGE) Dave Matlow for WestportNow.com 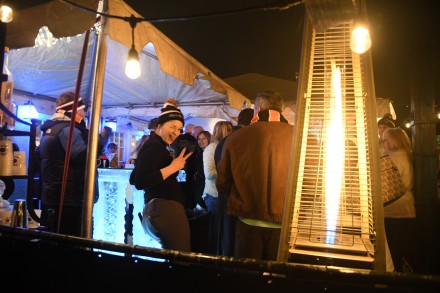 Rizzuto’s, 640 Riverside Ave., tonight hosted an “Ice Bar Bash” to benefit the Levitt Pavilion for the Performing Arts. Guests gathered on an outside patio in 36-degree weather to enjoy specialty drinks and food sponsored by Tito’s Handmade Vodka. Live music was by Billy G & Friends, featuring Connecticut-based musician Billy Genuario. The Levitt fundraises throughout the year in order to present its summer season featuring its signature “50 Free Nights under the Stars.” (CLICK TO ENLARGE) WestportNow.com photo 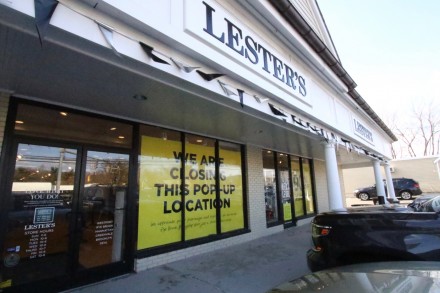 Lester’s boutique department store, 606 Post Road East, will close at the end of April, according to employees. It opened three years ago in the space formerly occupied by Wish List. The family-owned business operates at five other locations in New York and New Jersey. (CLICK TO ENLARGE) Dave Matlow for WestportNow.com 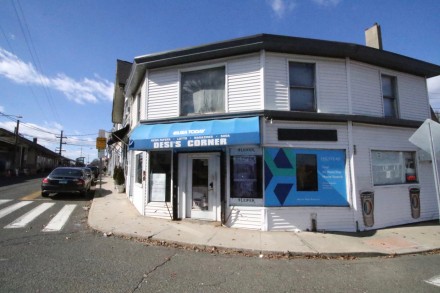 The changing face of Westport’s Railroad Place opposite the Metro-North station continues with the closing Thursday of Desi’s Corner, 16 Railroad Place. Purveyor of newspapers, magazines, coffee, candy, smokes and more, Desi’s Corner has been under owner Himanshu Patel’s hand for 10 years. Employee Sudhakar Rao said Patel will continue to operate his 7-Eleven store in Hartford. As for Rao, he said he has found employment at Wall Street Wine and Liquor in Norwalk. The closing after seven decades follows the loss of Commuter Coffee, 46 Railroad Place, in June after 42 years. (CLICK TO ENLARGE) Dave Matlow for WestportNow.com 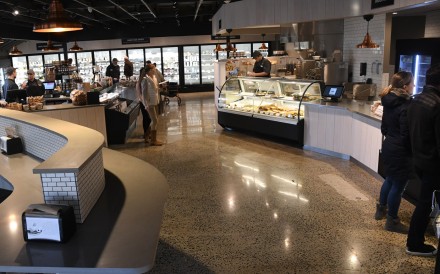 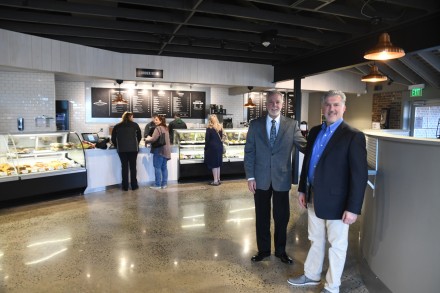