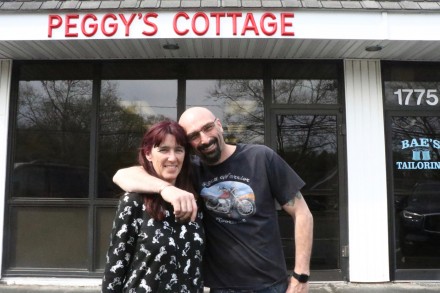 Peggy’s Cottage, specializing in Irish gifts, goods and edible specialties, opens Tuesday at 1773 Post Road East in the Westfair Shopping Center, across the street from Stop & Shop. Ireland-born Peggy Kirby said, “My husband Brian (Ellard) and I have, for years, talked about opening a shop that offers products associated with the Irish culture. We decided now is the time and place to do it.” The space was previously occupied for the past 27 years by BioTone Skin Clinic, which recently relocated a few doors away to 1789 Post Road East because of the availability of a larger space. (CLICK TO ENLARGE) Dave Matlow for WestportNow.com

Moody’s said it maintains a triple-A rating on the town’s parity General Obligation debt outstanding and that the outlook is stable.

“The Aaa rating reflects the town’s sizable tax base with extremely high wealth and income indices, and a manageable debt position,” the rating service said.

Washington — “Blue” states like Connecticut that fought against the Trump tax plan’s cap on state and local tax deductions are now seeing a silver lining — people turned to municipal bonds to lower their tax burden, which in turn lowered borrowing rates for state governments.

The new tax law capped the amount of state and local taxes, known as SALT, that taxpayers could deduct from their federal income tax at $10,000 this year. That drew howls of protests from “blue,” or Democratic-leaning, states whose taxpayers would more likely be hurt by the cap on deductions.

Connecticut joined a number of other states, including New York, California and New Jersey, to sue to block that change because their states have high costs of living, high incomes and high state and property taxes that, before the change, provided their residents with a valuable tax break.

But, having lost that tax break, there’s been a rush by taxpayers this year to replace it with municipal bonds which act as a tax shelter for income and can lower a person’s federal tax burden, and in some cases, their state and local tax burdens, too.

Gov. Ned Lamont today used his first cabinet meeting and lots and lots of hyphens to publicize a plan to transform state government into a cross-agency, data-driven, user-friendly, cost-effective and outcome-obsessed model of streamlined efficiency and private-sector discipline.

“It’s my goal to make Connecticut one of the nation’s most cost-efficient, data-informed, results-driven states,” said Lamont, the founder and former owner of a small cable-television company. “Taxpayers deserve it and businesses expect it.”

David Wilkinson was introduced as the state’s new chief performance officer. He was the director the White House Office of Social Innovation and Civic Participation under President Barack Obama, the commissioner of early childhood under Gov. Dannel P. Malloy, and the leader of a technology group for the Lamont transition.

The new effort, Wilkinson told the governor and agency heads, is “an opportunity to generate more value with the dollars we currently spend.”

UPDATE Stop & Shop and its unions announced tonight a tentative settlement in the 11-day strike by its workers in New England. 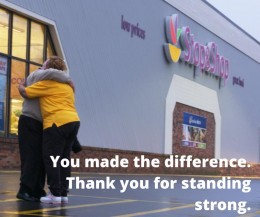 The union published this picture on social media after the tentative agreement was announced. (CLICK TO ENLARGE) Contributed photo

“We are very pleased to announce Stop & Shop has reached fair new tentative agreements with UFCW Locals 328, 371, 919, 1445 and 1459, which represent our 31,000 associates in Massachusetts, Connecticut and Rhode Island,” a company statement said.

“We’re also glad to have our associates return to work as the strike has ended.

“The tentative three-year agreements, which are subject to ratification votes by members of each of the union locals, include: 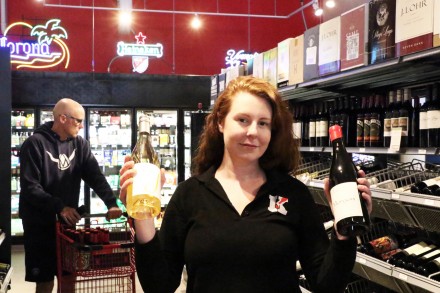 Lori Brower, general manager of Kindred Spirits & Wine, 1790 Post Road East in the Stop & Shop plaza, said today the supermarket workers’ strike has reduced business 20 to 40%. “There’s no foot traffic without Stop & Shop,” she said. “People think they’re crossing the picket line by just parking here.”  But she said there is a positive note: “We’re seeing some first-time customers come in and make purchases and tell us ‘we’re trying to support you.’” (CLICK TO ENLARGE) Dave Matlow for WestportNow.com

Democratic legislators are proposing a tax increase on the investment income of Connecticut’s wealthiest households to help close the state budget deficit, putting them on a collision course with a Democratic governor opposed to raising any tax rate.

This proposal is expected to enjoy strong support from leaders in the House and Senate’s Democratic majorities, but Gov. Ned Lamont has said he opposes any effort to raise the income tax, arguing it would weaken Connecticut’s economy and drive wealthy taxpayers from the state.

“I’ve been pretty strict on not raising tax rates,” Lamont reiterated Thursday. “Everybody comes in and goes, ‘C’mon on gov, it’s just a half a point. It’s just another point. It’s not that big a deal.’ But it’s the fourth time in 12 years or something like that.”

The proposed levy would apply 2 percentage points only to income from capital gains and only to households already paying the top state income tax of 6.99 percent. This applies to single filers earning more than $500,000 annually and couples topping $1 million.

The stations being acquired by Connoisseur Media are licensed to Westport (WEBE-FM) and Bridgeport (WICC-AM), and the stations being traded to Cumulus Media are located in and around Allentown, Pennsylvania (WODE-FM, WWYY-FM, WEEX-AM, WTKZ-AM and translator W234AX).

The exchange is expected to close in the third quarter of 2019, pending FCC approval, an announcement said.

“As a Connecticut-based company, this transaction represents an exceptional opportunity to continue to invest in the southern part of the state and will offer more ways for us to serve our listeners, clients and community,” said Connoisseur Media CEO Jeffrey Warshaw. 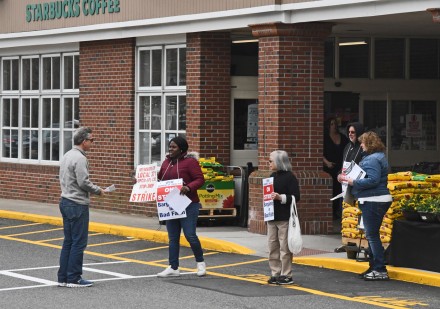 Stop & Shop workers in Westport (above) and elsewhere in southern New England walked off the job today after more than 31,000 employees last month authorized their labor leaders to call for a work stoppage amid increasingly strained contract negotiations. It is the first time in more than 30 years Stop & Shop workers have gone on strike. Those who did enter to shop in Westport were told to use self-serve checkout registers. The workers in Connecticut, Massachusetts and Rhode Island, who are represented by five locals of the United Food and Commercial Workers union, have been working without a contract since late February. (CLICK TO ENLARGE) WestportNow.com photo

Connecticut cities and towns could face as much as $24 million in increased costs by 2022 if lawmakers raise the minimum wage to $15 an hour, estimates from state analysts show.

The nonpartisan Office of Fiscal Analysis also warned that the wage hike could add nearly $7 million in expenses to child care providers who participate in the state’s Care4Kids program.

Meanwhile, municipal advocates cautioned that unless legislators are prepared to bolster state aid and carve out some new exceptions to the minimum wage standard, the increase would exacerbate problems for already lean local budgets.

“Municipalities only have a couple of options,” said Betsy Gara, executive director of the Connecticut Council of Small Towns. “They can increase taxes or cut services. There is no Door No. 3.”