WestportNow welcomes news and notices from Westport community organizations and individuals. Please send them to editor@westportnow.com for consideration for publication. Be sure to include the Westport connection, date and time of event, if appropriate, as well as contact information. WestportNow reserves the right to edit submissions to conform to our editorial style. 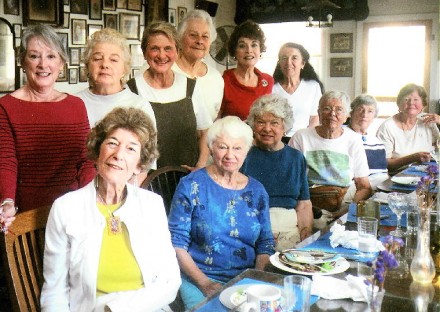 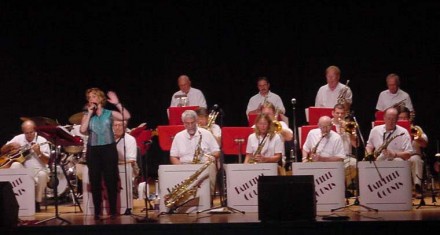 The 54th and final free performance of the Levitt Pavilion’s summer-long season of entertainment took place tonight, indoors due to the weather, at Saugatuck Elementary School in Westport. The Fairfield Counts, a jazz ensemble consisting of Farfield County musicians, provided the closing act for the Levitt’s 32nd season. (CLICK TO ENLARGE) Jonathan Thrope for WestportNow.com 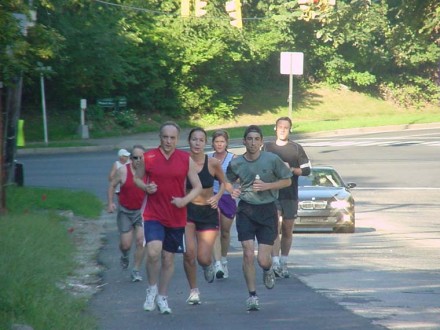 There were 102 runners participating in today’s second to last Westport Road Runners race of the summer. The 9.3 mile race started at Compo Beach and took a long loop around the Compo area. Anatolie Vartosu, 37, of Stamford won the race in 55:55 while the first woman to finish was Heather Crosby, 31, of Danbury. The first Westporter to finish was Paul Greenberg, 44, who was the fourth overall finisher. The tenth and final race of the summer will take place next Saturday at 8 a.m. It will be a 10-mile race, starting at Staples High School. (CLICK TO ENLARGE) Jonathan Thrope for WestportNow.com

The clambake will only be open to 200 guests and tickets will be sold on a first-come, first-serve basis, according to a letter to residents from Compo Beach Playground Project Chair Suzanne Dodge.

The night will include music spun by a world-class D.J. as well as a mixture of seafood to feast on, Dodge wrote in her letter.

Tickets are $75 per person and 100 percent of the net proceeds will go to the Compo Beach playground rebuilding project.

When my son David e-mailed me that his summer college internship had him living across from the Madrid train station where 89 morning commuters died during rush hour last year, I had only the briefest moment of unease.  After all, I told myself, the simultaneous explosion of 10 bombs in Madrid’s public transportation system 16 months ago was now long in the past.  Then I quickly turned my attention to David’s jubilant report of his host family’s perfect location two blocks from the Prado, of strange and wonderful Spanish customs such as dinner at 11, and discovering that eight years of classroom Spanish finally paid off.  “I can understand them!” he marveled.

I rejoiced for my 19-year-old son at the prospect of this wondrous experience when he would leap into the world, unjaded and unafraid, to encounter strange customs and unfamiliar sounds, while stretching his young legs into adulthood.  It brought back with crystal clarity my own summer after college in 1974, when I crisscrossed Europe with only a backpack, Eurailpass, and ripped-apart copy of Harvard’s “Let’s Go Europe.”  I sometimes marvel at my own courage to have ventured out alone that way so young.  But I don’t remember courage � only a dizzy intoxication at being footloose and utterly on my own in strange and wonderful foreign lands.

The Westport/Weston YMCA’s plans to move from its downtown Westport location to its Camp Mahackeno facility will be the subject of two talks before the Y’s Men and Y’s Women groups this week and next.

Richard A. Foot, YMCA executive director and CEO and members of his staff will address the Y’s Men of Westport/Weston at the group’s weekly meeting on Thursday at 10 a.m. at the Saugatuck Congregational Church, 245 Post Road East.

He will make a similar presentation on Monday, May 2, to the Y’s Women at their weekly meeting at 11 a.m. in the Board Room on the second floor of the YMCA’s Bedford Building, 59 Post Road East.

In both addresses, Foot will talk about the Y’s “Imagine the Possibilities” campaign to build a new full-facility Y to be located on the Y’s 32-acre Mahackeno campus and how it will serve the community now and in the future.

Foot will discuss the selection Robert A. M. Stern Architects to design the new Y and will present preliminary site concept drawings, according to announcements from the groups. Volunteers helped fix up the Compo Beach playground today to get it ready for the summer season. Many of the workers were from the original Compo Beach Playground Committee that worked to make the playground a reality in 1989. A new committee has been formed to update it next year. (CLICK TO ENLARGE) Stephen Rubin for WestportNow.com Among the volunteers helping to get the Compo Beach playground ready for the summer today were Toni Rubin (l) and Betsy Wacker. They both served on the original Compo Beach Playground Committee 16 years ago that built the present playground, which will undergo a makeover next year in a similar community-driven effort. (CLICK TO ENLARGE) Stephen Rubin for WestportNow.com