WestportNow welcomes news and notices from Westport community organizations and individuals. Please send them to editor@westportnow.com for consideration for publication. Be sure to include the Westport connection, date and time of event, if appropriate, as well as contact information. WestportNow reserves the right to edit submissions to conform to our editorial style.

Two stars from Broadway’s “Phantom of the Opera” are scheduled to perform opera and Christmas classics in the Suzuki Music School of Westport’s second concert set for Sunday, Dec. 11, at Southport’s Pequot Library.

The Pequot Library is located at 720 Pequot Ave., Southport. Tickets are $25 for adults and $10 for children. Preferred seating is $35 and $15 respectively. School officials say tickets will be sold in advance only with no sales at the door. For further information call 227-9474. 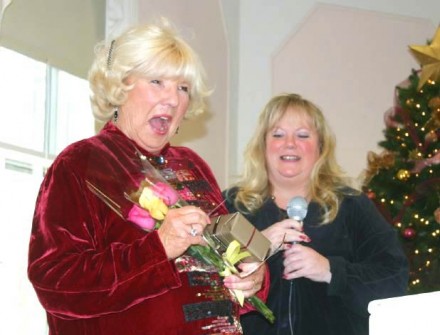 Betty Lou Cummings, who served as emcee for CLASP Homes second annual Fashion Show & Fundraiser at the Westport Woman’s Club today, was honored as “CLASP Homes Volunteer of the Year” by the organization’s president, Tracy Flood. (CLICK TO ENLARGE) Dave Matlow for WestportNow.com 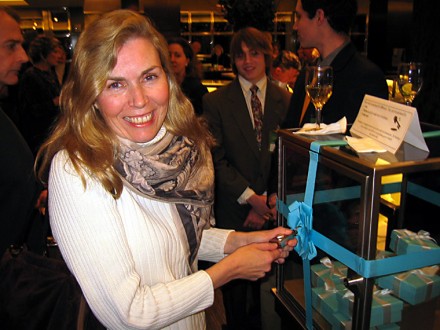 Tiffanys held a fund-raiser for Earthplace Wednesday night. The event helped raise money for the new exhibition hall at Earthplace. Here, Mary Alice Timmins tries a key in the “Keys to a Cause.” Those attending would purchase a key and try it to receive one of the gifts inside. Timmins’ key did not unlock the box. (CLICK TO ENLARGE) Matthew Mandell for WestportNow.com 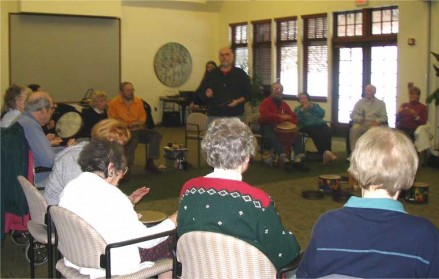 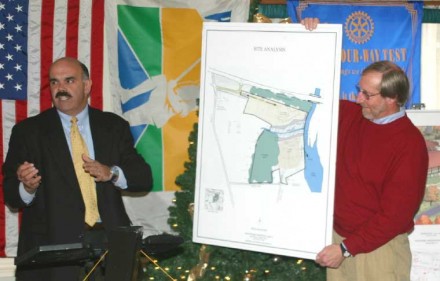 Peter Romano, a member of the steering committee for the Westport YMCA’s relocation to Camp Mahackeno, updated the Westport Rotary Club today on the project’s progress and timetables. He was assisted by Steve Halstead who displayed a project site map. (CLICK TO ENLARGE) Dave Matlow for WestportNow.com

Westport Country Playhouse officials announced Monday they have received a $2 million capital grant from the Lucille Lortel Foundation to name in perpetuity the building adjacent to the theater as “The Lucille Lortel White Barn Center.” 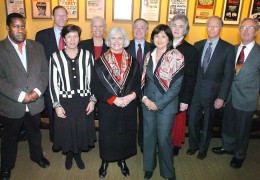 In addition, the Lucille Lortel Foundation has pledged a $500,000 operating grant over 10 years to create The White Barn Theatre Program at the Playhouse.

The original White Barn Theatre, founded by Lortel in 1947 to present experimental works, is now a museum located on Newtown Turnpike in Westport. Its final production there was in the summer of 2002.

“We are honored to accept these gifts,” stated Joanne Woodward, Playhouse artistic director. “They are especially meaningful because I knew and admired Lucille Lortel.  Her generosity and commitment to the American theater guided the work at the White Barn for over half a century and were an inspiration to me.” 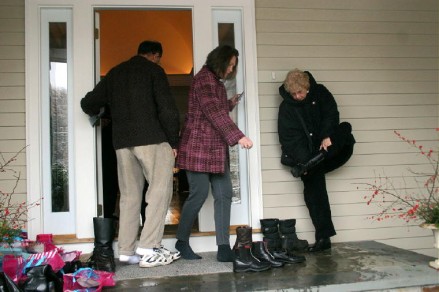 Visitors to the Ludlum House on the Westport Historical Society’s 19th annual Holiday House Tour today were asked to remove their shoes outside. The house at 42 Sasco Creek previously belonged to the late, internationally famous suspense writer Robert Ludlum, who lived here for more than 20 years. (CLICK TO ENLARGE) Dave Matlow for WestportNow.com 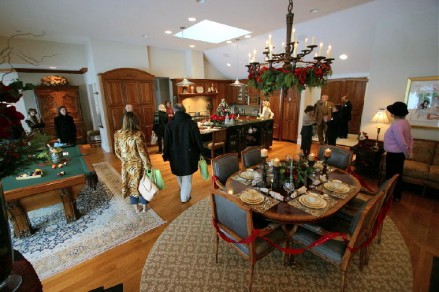 The first selectmen of Westport and Weston are scheduled to honor senior shutterbugs at a special gala planned at the Westport Center for Senior Activities on Friday, Dec. 9, from 3 to 5 p.m.

The gala marks the opening of the Y’s Men of Westport-Weston Camera Club’s Annual Photo Contest and Exhibition. The exhibition is set to run through Jan. 27, 2006.

According to Stan Groner, Camera Club president, more than 40 senior photographers submitted more than 75 photos for the contest to be judged by professional photographers.

Westport First Selectman Gordon Joseloff and Weston First Selectman Woody Bliss are expected to make more than a dozen awards from Honorable Mention to Best in Show, Groner said. He added that the prizes will range from a digital camera to ribbons and certificates. The Westport Center for Senior Activities is located at 21 Imperial Ave., and the event is open to the public. For further information call 454-4315. 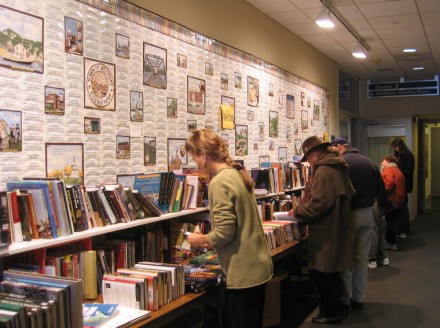 The Westport Public Library holiday book sale got underway today and runs through Sunday. Today’s hours are 9 a.m. to 5 p.m., and Sunday 1 p.m. to 5 p.m. (CLICK TO ENLARGE) WestportNow.com photo