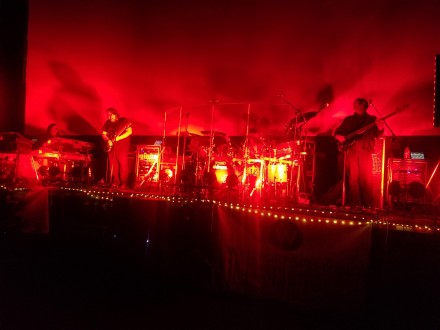 Every Supper & Soul Drive-in Concert of the summer of 2020 sold out, including The Machine Performs Pink Floyd on Saturday. The Westport-Weston Chamber of Commerce and Westport Library hosted the successful series and will look at the possibility of putting together more shows to be performed indoors or streamed as pandemic rules allow. (CLICK TO ENLARGE) Matthew Mandell for WestportNow.com 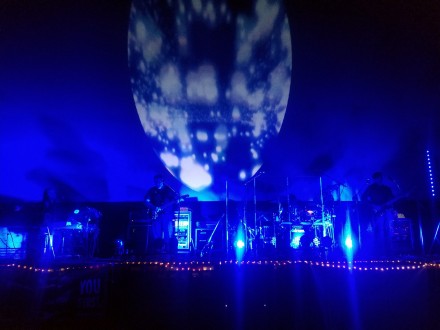 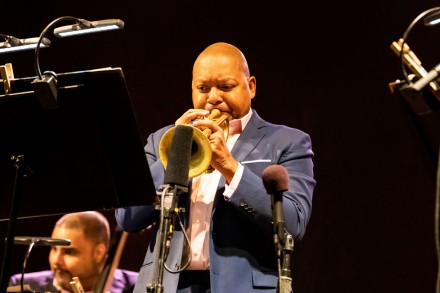 The Jazz at Lincoln Center Orchestra Septet with Wynton Marsalis performed live outdoors at MoCA Westport tonight.  Their program, “The Sound of Democracy” featured new music played in Connecticut for the first time. (CLICK TO ENLARGE) Chris Greer for WestportNow.com 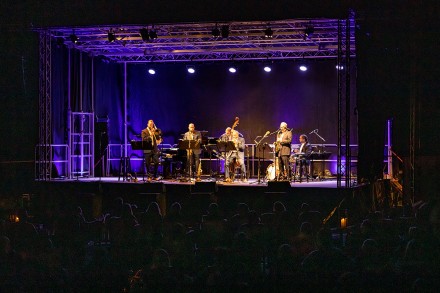 The Jazz at Lincoln Center Orchestra Septet with Wynton Marsalis performed tonight outdoors at MoCA Westport. The outdoor concert was a fundraiser to support MoCA programs. (CLICK TO ENLARGE) Chris Greer for WestportNow.com

The second season of Jon Favreau’s blockbuster live-action Disney+ series, “The Mandalorian,” a sci-fi spin-off from George Lucas’ “Star Wars,” begins on October 30, so you have plenty of time to stream the first season.

Set five years after “Return of the Jedi”—meaning the Empire has fallen and the New Republic is in its ascendancy—this intergalactic adventure revolves around the mysterious, perpetually helmeted bounty hunter Din Djarin (Pedro Pascal), an orphan who was rescued and raised by Mandalorian warriors.

When he refuses to relinquish a mysterious prize, the powerful infant known as The Child (Baby Yoda), to The Client (Werner Herzog), Mando becomes its protector, aided by a pig-faced Ugnaught (voiced by Nick Nolte). 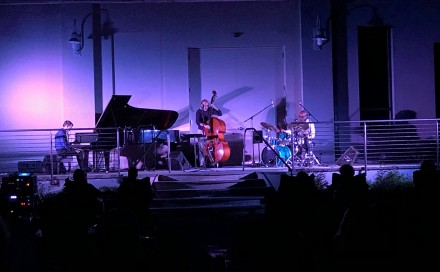 Looking for a new Netflix series to binge? Oscar-winner Hilary Swank stars in “Away,” a cathartic, compelling sci-fi drama about the first manned mission to Mars.

As the episodes unfold, each astronaut has his or her own personal backstory. Emma’s involves her supportive husband, NASA scientist Matt Green (Josh Charles), and 15 year-old daughter Lexi (Talitha Eliana Bateman), who will face unexpected challenges during Emma’s three-year mission.

Perfectly timed during this worldwide pandemic, the initial 10 episodes capture our current anxiety and paranoia, as viewers can identify with the isolation and poignant emotional dilemmas faced by Atlas’ crew members who communicate with loved ones via video chat/cell phones/texting although they’re millions of miles away.

The Jazz at Lincoln Center Orchestra Septet with Wynton Marsalis will be performing live outdoors at MoCA Westport on Friday, Oct. 2 at 7 p.m.

Their program, “The Sound of Democracy” features new music that will be played in Connecticut for the first time.

Tickets at $200 to $450 are available HERE with the lower priced tickets already sold out..

Since most people are reluctant to return to theaters until there’s a vaccine and COVID-19 is not as threatening, television viewership has skyrocketed, along with increased interest in the Emmy Awards.

Scheduled for Sunday, Sept. 20 on ABC and Hulu, the 72nd Primetime Emmy Awards, hosted by Jimmy Kimmel, will be a virtual ceremony this year, as opposed to its usual star-studded red carpet affair.

Among all acting categories, including voice-over and short-form series, non-white performers garnered 49 nominations out of 118 in total, or 41.5%. In terms of representation and racial diversity, comedy categories fared slightly higher than the drama categories.