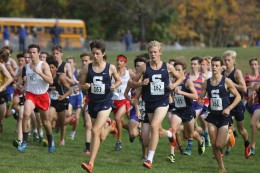 Staples was led by senior Will Landowne, who finished fifth in 16:12. Close behind in sixth and seventh were seniors Ben Seiple and Christian Myers in 16:19 and 16:21.

Sophomore Nick Taubenheim finished 17th in 16:54 and junior Ryan Smith was the last scoring finisher for Staples in 20th place in 16:57. 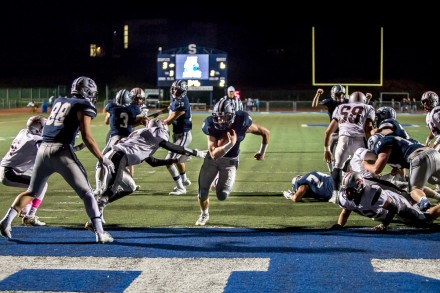 The Staples football team tonight defeated Fairfield Warde 24-14 on Senior Night at home.  With the win, the Wreckers improved to 5-2 on the season. Staples next plays St. Joseph away at noon, Saturday, Nov. 4. Pictured is senior running back Brandon Adrian making one of his pair of of 1-yard rushing touchdowns. CLICK TO ENLARGE) Chris Greer for WestportNow.com 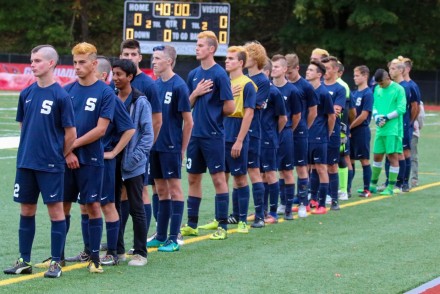 The Staples boys soccer team (pictured during the national anthem) today conceded two first-half goals.That was all Greenwich needed, en route to a 2-0 victory in the FCIAC tournament quarterfinals, away. The Wreckers now wait for the first round of the state LL (extra large schools) tournament. It begins Monday, Nov. 6. Seedings will be announced on Friday, Nov. 3. (CLICK TO ENLARGE) Alan Frost for WestportNow.com 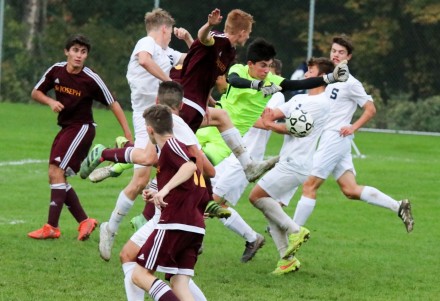 Will Birch, Anton Mahr and Azam Plummer scored today as the Staples boys soccer team topped St. Joseph 3-1 on Senior Day at Loeffler Field. Mahr, Matt Engler and Patricio Perez Elorza assisted.The Wreckers end the regular season 8-4-4. They turn their attention now to the FCIAC tournament when Staples plays at Greenwich on Thursday at a time to be determined. Pictured is goalkeeper Teddy O’Kane and the Staples defense mixing it up in intense goalmouth action. (CLICK TO ENLARGE) Alan Frost for WestportNow.com 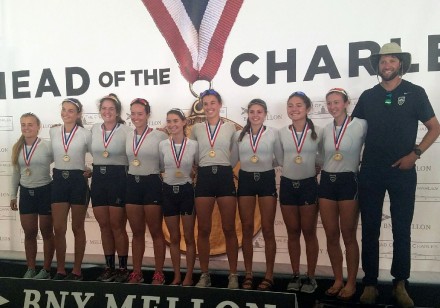 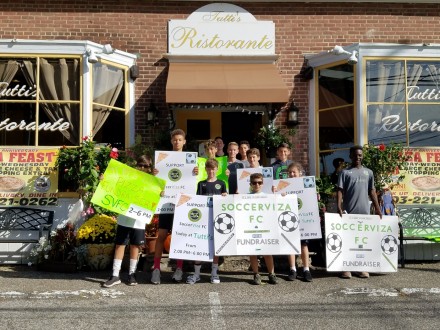 Tutti”s Restaurant on Riverside Ave. Westport today is having a fundraiser for the SoccerViza Football Club of Fairfield County. Funds are raised for local players in need of financial assistance and to help send its youth teams to Europe for one of the largest youth tournaments there called the Gothia Cup. The club was started by Joe Funicello , the son of Tutti’s owner Maria Funicello. The fundraiser runs until 6 p.m. (CLICK TO ENLARGE) Bob Eckman for WestportNow.com 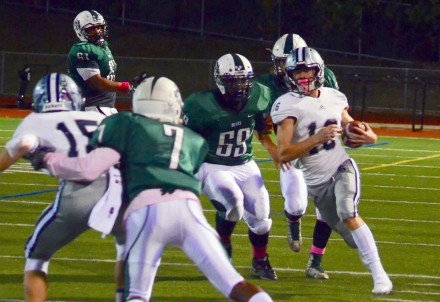 Staples senior quarterback Daniel Thompson gains ground tonight in the Wreckers’ 27-0 win over Norwalk at Norwalk. He scored two second half touchdowns to power the Wrecker win. Next: Staples hosts Fairfield Warde on Friday at 7 p.m.  (CLICK TO ENLARGE) J.C. Martin for WestportNow.com 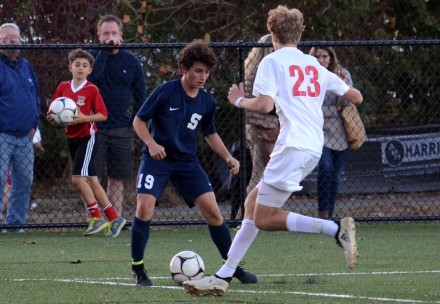 Two second half goals — one by Patricio Perez Elorza, the other by Timmy Liles — and a penalty kick save by Ry Cohen with the score still 1-0 powered Staples today over New Canaan. The win — coupled with Central’s 1-1 draw with Trumbull, and Ridgefield’s 5-1 defeat of Westhill — assures the Wreckers of an FCIAC playoff berth. The eight-team tournament begins Thursday. Exact seedings will be determined after Monday’s final regular season games. The Wreckers host St. Joseph (4 p.m.) on Senior Day. Pictured is Sam Lilies (19) in action.  (CLICK TO ENLARGE) J.C. Martin for WestportNow.com 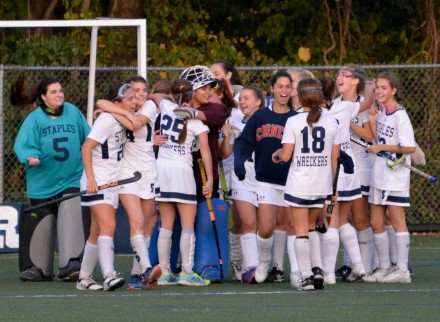 Staples players celebrate today after defeating Dareien 2-1 in a much-anticipated match at home. The win secures Staples home field advantage for FCIAC playoffs. Staples and Darien had played to a scoreless tie to share of the Class L state championship last season. Over the past two seasons the Wreckers are 20-0-1 at home — with the last home loss coming on Oct. 9, 2015 — against Darien. Meghan Johnson scored today’s two goals with assists from Abby Najarian and Laine Ambrose. (CLICK TO ENLARGE) Contributed photo 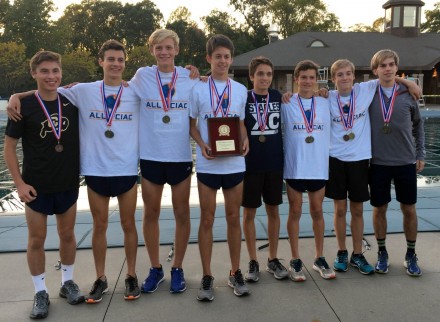