In Netflix’s “The Life Ahead,” 86 year-old Oscar-winner Sophia Loren returns to the screen as Madame Rosa, an Italian/Jewish Auschwitz survivor and former prostitute who shelters several streetwalkers’ children in her modest apartment.

When Madame Rosa’s doctor asks her to care for Mohammad (Ibrahima Gueye)—a.k.a.  Momo—she reluctantly agrees, even though, shortly before, the sullen 12-year-old Senegalese/Muslim orphan stole her purse containing two heirloom candlesticks which he attempted to pawn. Eventually, they become each other’s protectors, forming an unconventional family.

If the plot sounds familiar, French screenwriter/director Romain Gary, utilizing the pseudonym Emile Ajar, wrote the 1975 novel “La Vie Devant Soi” (“The Life Before Us”), for which he was awarded the Prix Goncourt (France’s Pulitzer Prize).

In 1977, writer/director Moshe Mizrahi filmed the allegory as “Madame Rosa,” changing the locale to the Parisian neighborhood of Pigalle, casting Simone Signoret as the elderly prostitute; it subsequently won an Oscar as Best Foreign Language Film.

Richly deserving of another Oscar nomination in 2021, Sophia Loren was the first actress to win an Academy Award for a foreign-language film: Vittorio De Sica’s 1962 neorealist wartime drama “Two Women,” produced by her husband Carlo Ponti. She was also nominated in 1965 for “Marriage Italian Style.” In 1991, Loren was awarded an Honorary Oscar.

Loren’s tough-love, maternal Madame Rosa, who oozes compassion and love, packs a subtle yet surprising emotional wallop, proving once again that she’s still one of the screen’s most exciting actresses, while young Ibrahima Gueye is touching, lively and exuberant, exuding an instinctive emotional intelligence.

In Italian with English subtitles, on the Granger Movie Gauge of 1 to 10, “The Life Ahead” is an authentic, empathetic 8—seductively powerful for its indelible performances.

After a long delay, punctuated by scandal, Woody Allen’s new romantic comedy “A Rainy Day in New York” just been released on VOD, DVD and Blu-ray.

College sweethearts Gatsby Welles (Timothee Chalamet) and Ashleigh Enright (Elle Fanning) are looking forward to a wonderful weekend together in Manhattan. A callow, cynical soul, like his namesake, wealthy Gatsby wants to show naïve, Arizona-born Ashleigh his favorite haunts, booking a suite at the Pierre and drinks at iconic Bemelmans Bar at Café Carlyle.

But when celebrity-crazed Ashleigh gets a chance to interview surly film director, Rolland Pollard (Liev Schreiber), she’s enticed into a screening of his new film which, in turn, leads her from Pollard to cuckolded screenwriter Ted Davidoff (Jude Law) to lecherous screen star Francisco Vega (Diego Luna).

Meanwhile, Gatsby winds up spending time with Chan (Selena Gomez), the younger sister of his high-school girlfriend. That’s followed by high-stakes poker—he’s a habitual gambler—and an encounter with family friends that compels him to make an appearance at a party hosted by his socialite mother (Cherry Jones), whose unexpected confession rocks his world.

Connecticut authorities investigated Dylan’s 1992 claim but never pressed charges, and the New York Department of Social Services found “no credible evidence” to believe Dylan and/or her mother Mia. In 1993, a judge ruled that allegations of sexual abuse were not proven; that decision was staunchly upheld in 1994 and 1995 appeals. For more details, read Allen’s memoir “Apropos of Nothing.”

Bottom line: while it’s not as good as “Blue Jasmine” or “Midnight in Paris,” it’s an amusing interlude.

On the Granger Gauge, “A Rainy Day in New York” is a sophisticated 7, sweetly sprinkled with nostalgic 20th-century cultural touchstones.

Too bad the revised adaptation of Daphne du Maurier’s novel “Rebecca” is so inferior to Alfred Hitchcock’s Oscar-winning 1940 version (the only Hitchcock movie ever to win Best Picture), starring Joan Fontaine, Laurence Olivier, and Judith Anderson

It begins with: “Last night, I dreamt I went to Manderley again … ”

A whirlwind romance ensues on the French Riviera, culminating in marriage. After the honeymoon, Maxim takes his new Mrs. De Winter “home” to the Cornish coast of England, introducing her to his sprawling, ancestral estate called Manderley, where a battery of servants awaits their arrival.

But there’s only a frosty welcome from Manderley’s imperious housekeeper, Mrs. Danvers (Kristen Scott-Thomas), who makes it abundantly clear that this new, subservient Mrs. de Winter pales in comparison with her glamorous, upper-crust predecessor Rebecca.

As the plot unfolds, it’s a chronicle of the many ways in which the haughty, condescending housekeeper menaces mousy Mrs. de Winter as sinister secrets are gradually revealed—until, predictably, a showdown ensues.

Insipidly scripted by June Goldman with Joe Shrapnel and Anna Waterhouse, it’s blandly directed by Ben Wheatley (“Free Fire,” “High Rise”), who reduces what was once a suspenseful, psychological thriller into an unevenly paced melodrama.

And while there was always a subtle lesbian subtext to Daphne du Maurier’s description of deranged Mrs. Danvers’ relationship with Rebecca, Wheatley makes it far more obvious.

On the plus side, it’s beautifully photographed by Laurie Rose, who makes the most of the spectacular seaside scenery, stylish period costumes, and historic Hatfield House, former home to Queen Elizabeth I—the same mansion that director Yorgos Lanthimos featured in “The Favorite” (2018).

On the Granger Gauge, this “Rebecca” is a flimsy, flat, forgettable 4—an 80 year-old classic that should not have been remade.

In my correspondence with the community on Friday about plans for both Staples High School and Bedford/Coleytown Middle School, I shared our plans to reallocate staff from the high school to the middle school for help with coverage needs. Unfortunately, over the weekend, we became aware of 17 additional positive cases of COVID-19 in the District which greatly increased the number of staff forced to quarantine. This is consistent with the trend across the region as all school districts are facing similar challenges.

To put things in greater perspective, Bedford/’Coleytown Middle School now has 3 full teams of teachers along with 9 encore teachers in quarantine. As a result, nearly 350 students had to move to distance learning. 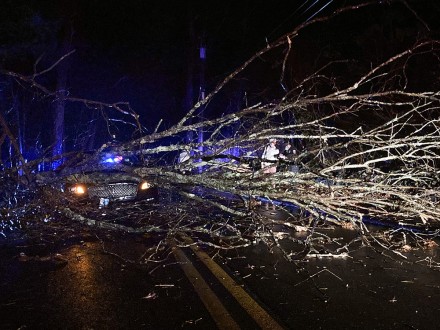 A car traveling on Weston Road near Nursery Lane had a tree fall on its roof during the height of the Sunday evening storm. No injuries were reported. (CLICK TO ENLARGE) Jaime Bairaktaris for WestportNow.com 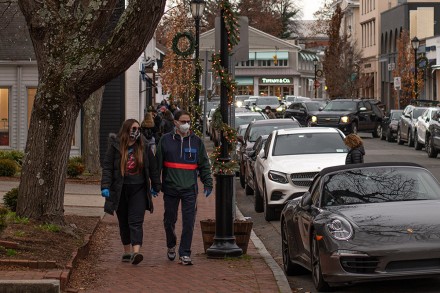 Downtown Westport was was bustling on Sunday as the holiday shopping season began. (CLICK TO ENLARGE) Jaime Bairaktaris for WestportNow.com 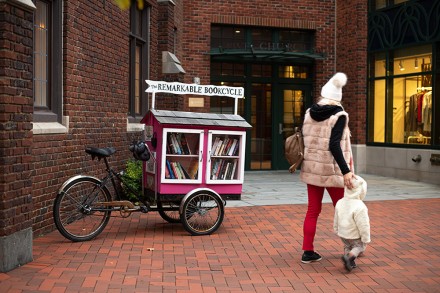 With the help of a motor scooter and a Westport Police Department escort to peddle it, the Remarkable Bookcycle is now located at Bedford Square’s Five Church Lane. The Bookcycle, launched by NYT’s Best Selling Author Jane Green and built by Westporter Ryan Peterson, offers a free library for adults and children that is curated by a team of volunteers. (CLICK TO ENLARGE) Jaime Bairaktaris for WestportNow.com 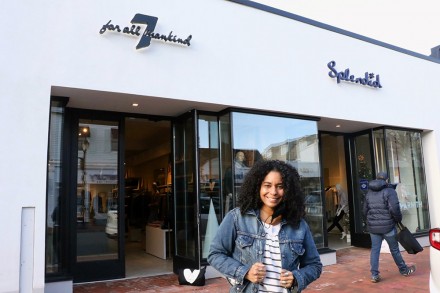 Bianca Torres is the general manager for stores 7 For All Mankind and Splendid, which opened today. 7 For All Mankind, at 61 Main St., sells premium denims. Splendid, selling casual apparel, is at 63 Main St. The shops are owned by Delta Galil Industries. (CLICK TO ENLARGE) Dave Matlow for WestportNow.com 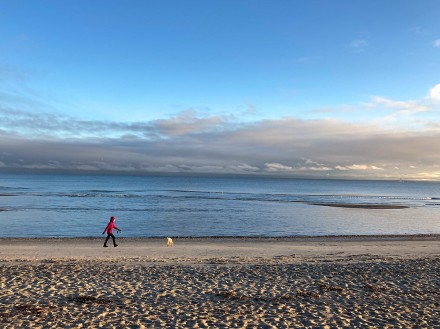 Enjoying the solitude and a chilly walk as the sun goes down on Compo Beach Friday. (CLICK TO ENLARGE) Jaime Bairaktaris for WestportNow.com